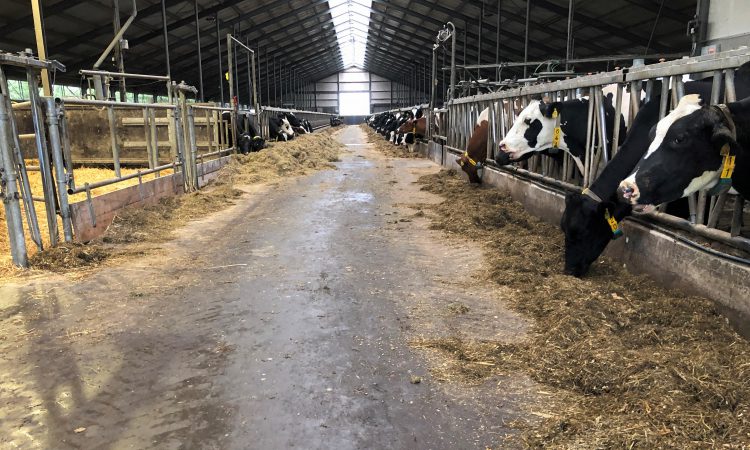 In this week’s dairy focus, we will be holding a demeanour inside some of a Dutch dairy farms AgriLand had a payoff of visiting while on a outing to a Netherlands with a dutch company, AHV International.

The following dairy farms would be standard examples of many traditional, family-run dairy farms in a Netherlands; all of that are especially high-input, high-output dairy farms with a outrageous concentration on nutrition, animal gratification and performance.

The plantation itself is located in Holten – that is in easterly Holland – and consists of 100ha, of that 70ha is weed and 29ha is maize.

Currently milking on a plantation is a flock of 190 pedigree-Holstein cows that are milked by 3 Lely Astronaut A3 robots – that were commissioned on a plantation 11 years ago. 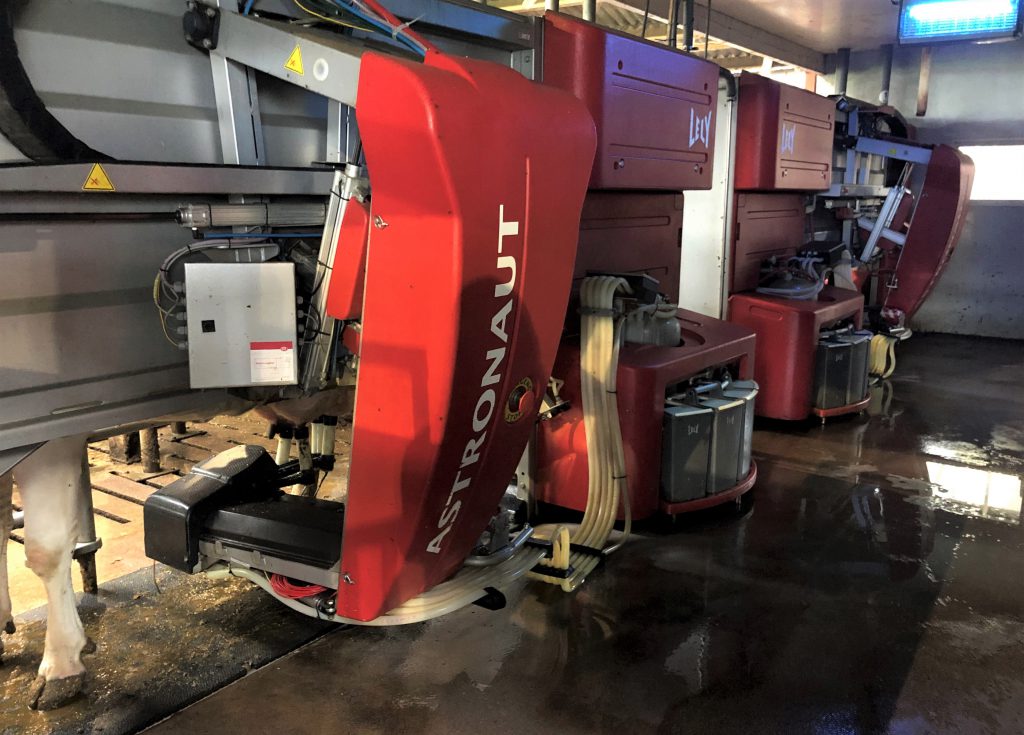 The family supply their divert to FrieslandCampina and, during present, they are achieving a bottom divert cost of  35c/L.

Like many Dutch farms, a Lubberson plantation operates a year-round calving complement with all longhorn calves going to a veal marketplace and any additional heifer calves sold.

We get approximately €100 for a longhorn calves. We used to get more, though given all a calves started entrance from Ireland a cost has fallen.

The family have also recently commissioned a Lely Vector feeding system. They described it as “a unchanging feeding slight for a cows”, that they feel has had a certain change on divert production. 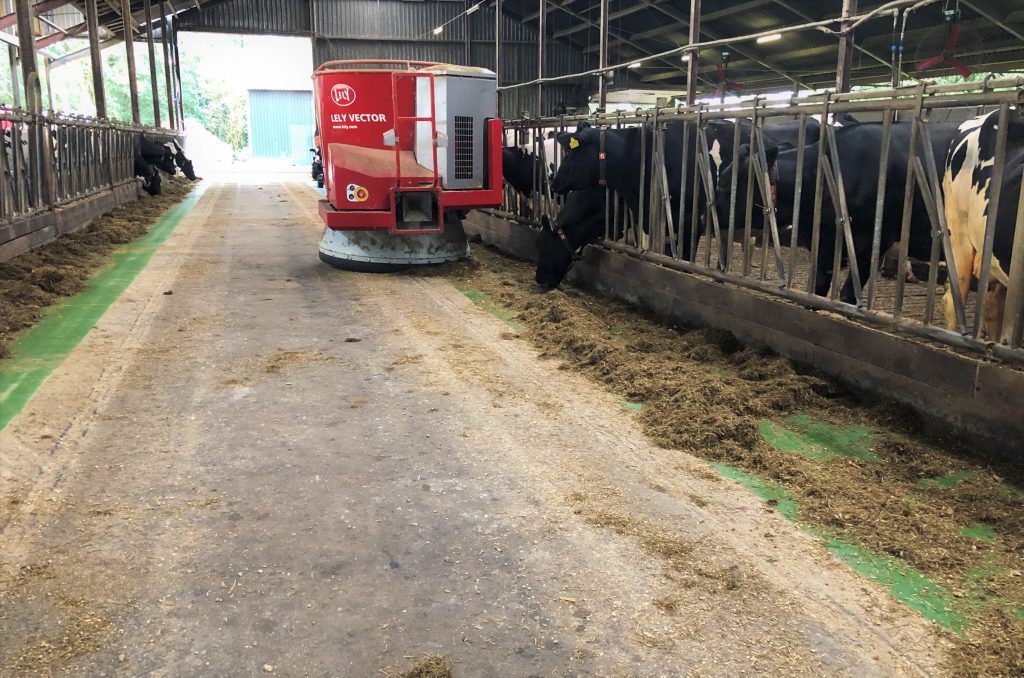 Furthermore, like a lot dairy farms in a Netherlands, a cows are fully-housed all-year round. This, they say, is especially due to a peaty dirt type, though also since they feel like they have a improved control over their herd’s diet while they are indoors.

“On normal we take 6 cuts of silage each year. We reap a silage ourselves, though any other machine work is finished by a contractor. This includes injecting a slurry and swelling a farmyard manure,” explained Kevin.

The housing comforts include: a normal ‘free case barn’; a lax wood-chipped shed; and a calf rearing shed. The categorical strew contains fans that are switched on once temperatures strech over 20º along with deep-bedded cubicles or ‘stalls’.

Answering a doubt ‘would we boost cow numbers anymore’, Kevin said: “No, we can’t really, since after divert quotas were abolished a new phosphate share was introduced by a Dutch government. So, we have to compensate €8,000 for phosphate rights to divert each one additional cow.”

The second farm, plantation De Kandelaar, had a really engaging past. In 1957, a plantation and a surrounding land were reclaimed from a sea, formulating a 12th and final range of Holland, famous as Flevoland – which is now home to some of a best land in a world.

De Kandelaar was also formerly an rural initial farm, though in a year 2000 Joris Van Kempen substituted his farm, with a afterwards government’s plantation and changed to Flevoland.

The plantation is now assigned by Joris, his sister Mariska and her father Marc – who are all concerned in a using of a farm, as good as their on-farm bed and breakfast (BB).

The plantation consists of 110 cows and 75 immature batch who, like plantation Lubberson, are fully-housed all-year round. The housing comforts include: a giveaway case barn; a slatted strew for immature stock; and some calf housing facilities.

Like a prior farm, they work a year-round calving complement with longhorn calves kept until they are 14 days aged before they are sole to a veal market.

The plantation was also a second plantation in a Netherlands to get DeLaval VMS robots.

“My ideal cow is a cow that will furnish over 10,000L with 4% protein. When we collect my bulls we concentration on a fat % and protein %. we wish to broach divert not water; H2O costs a lot of money.”

“We do scarcely all a work here ourselves, solely for a harvesting that is finished by a contractor,” explained Joris.

Making a final comment, Joris said: “I adore what we do. I’m a rancher since we wish to be a farmer. If we was doing it for a money, we would put a for sale pointer during a road.”

The final plantation we visited was somewhat opposite than a prior two, in that a cows were let out to graze for a proportion of a year; permitting a rancher to accept a reward remuneration of 2c/L.

In a Netherlands, some co-ops offer an additional reward remuneration to dairy farmers that concede their cows out to graze for a suit of a year.

The rancher in doubt is Siem de Boer who runs a plantation along side his hermit Jan. The plantation itself is located approximately 50km outward Amsterdam city and consists of 170ha. 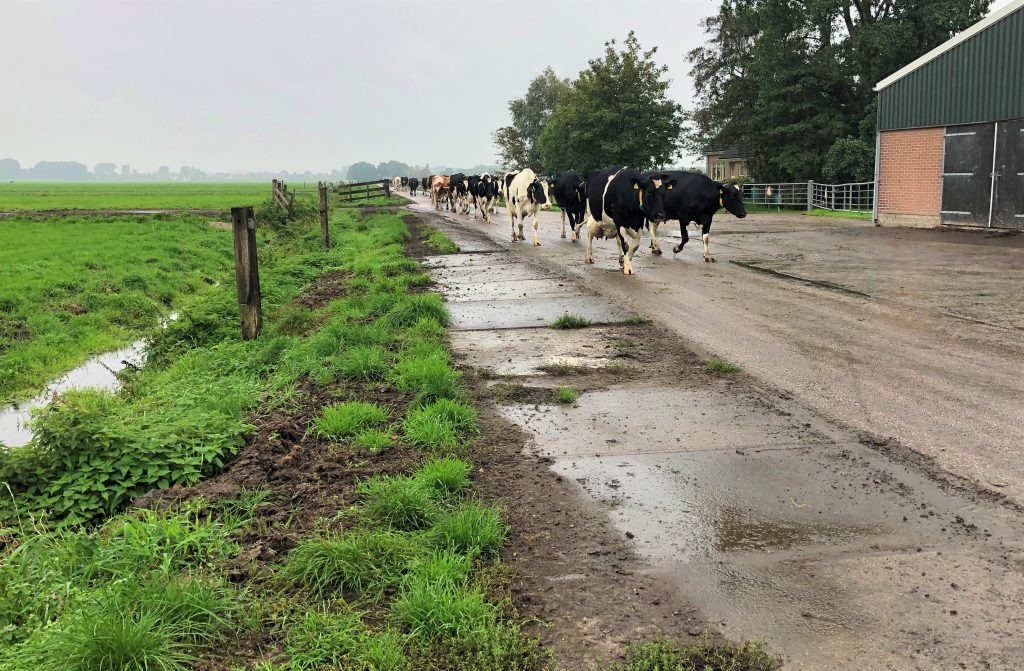 On a day of a visit, a cows were out day and night while also receiving some aegis feeding of silage, maize and dejected potatoes; however, Siem remarkable that they would shortly have to be housed during night.

On a plantation is a flock of 300 Holstein cows – that are milked by a 50-bale GEA salon – as good as 150 immature stock, that are grazed off farm. 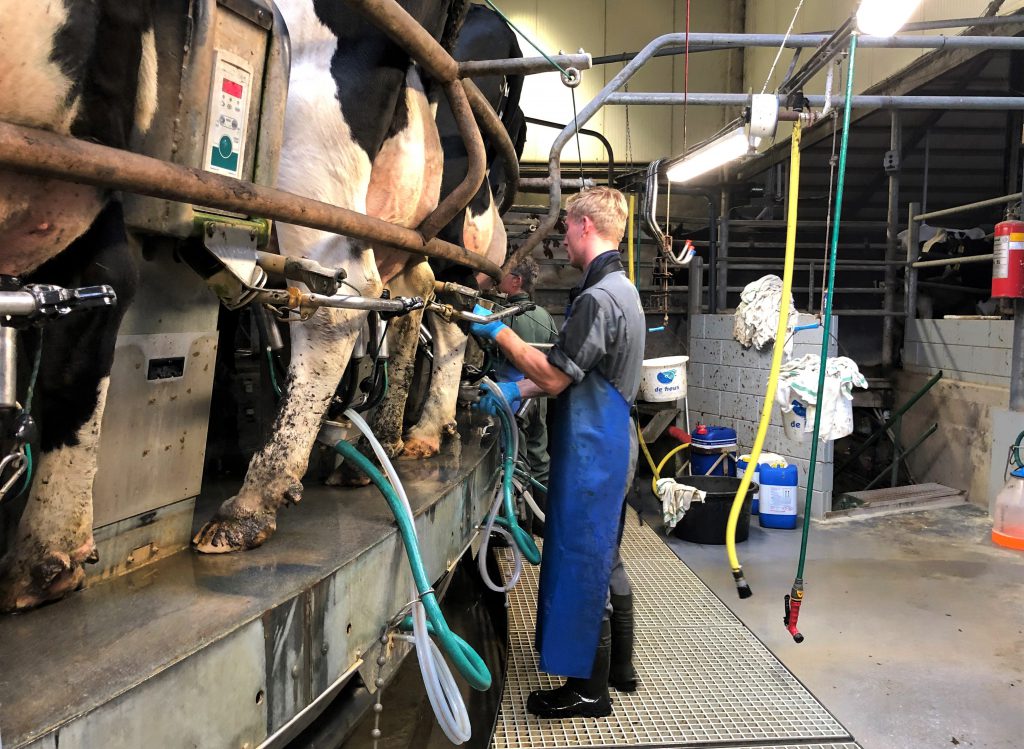 The revisit to a Netherlands was a genuine eye opener, though like a dairy attention in Ireland, it is not but the hurdles – such as phosphate limitations; reductions in antibiotic use; and perplexing to control their environmental impact. 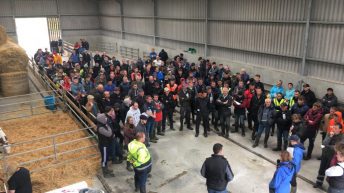 Dairy focus: Showing ‘warts and all’ of robotic milking in Co. Waterford