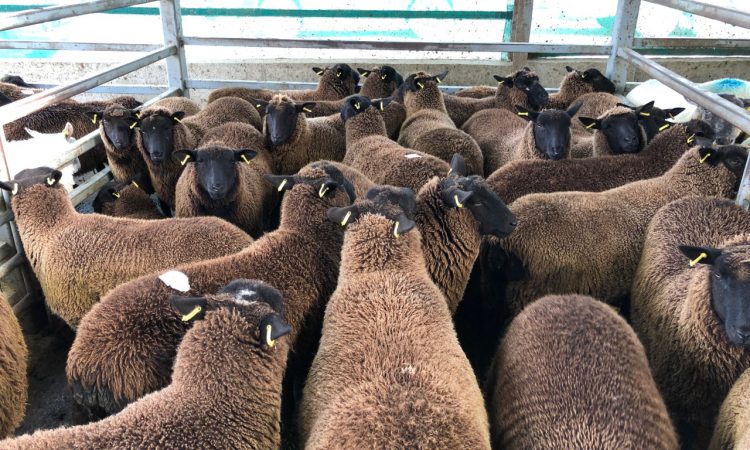 Some 3,000 sheep were on offer during Carnew Sheep Mart on Thursday, Oct 10. The sale saw 5 classes of sheep on offer that included: Cast ewes; rams; tact ewes; hoggets; and lambs.

The altogether trade was steady, with a high clearway rate reported; however, it was transparent to see there was really small punch around a ring and farmers were concerned to get batch sold.

One farmer, in particular, said: “At a moment, a bureau and outlet trade is bad. we entered 15 lambs into a sale currently and customarily we would reason on to them for a winter.

“However, this year, it is not value my while with a approach a marketplace is during a moment.

“The store lamb trade is doing OK and that is a reason because we am offered them now, while we have a possibility of creation income on them,” he concluded.

There was an active trade for all classes of lambs on offer during Carnew Mart. The normal cost for ewe lambs on a day ranged from €70/head adult to a tip cost of €107/head.

There were really few pens of impel and wether lambs on offer. However, these lots were a solid trade, with a high clearway rate reported.

Click on a thumbnail in the gallery (below) to open adult a full-size image; once non-stop we can corkscrew laterally to see a subsequent picture. Refer to any heading to see details of any lot, including a hammer/sale price.

There was a vast entrance of expel ewes on offer, with copiousness of buyers for these lots. Furthermore, prices ranged from €57/head adult to a tip cost of €102/head.

There was only over 130 rams on offer. A packaged ringside could be seen, with what looked like copiousness of buyers present; however, this was not reflected in a trade, as many rams did not find new homes.

There were mixed breeds on offer, that included: Suffolk; Charollais; Hampshire Down; Cheviot; Texel; and Blue Leicester rams.

The infancy of a lots were done adult of Suffolk form rams and these were a many renouned with buyers. Many of these lots sole from €95 adult to a tip cost of €450.

Furthermore, a three-year-old Texel sole for €460, while another Texel impel lamb sole for €170.

The trade in a fruit ring was active, with copiousness of buyers for these lots. On a day, there were 17 lots of tact ewes and hoggets on offer.

Furthermore, a infancy of lots on offer sole from €92/head adult to €160/head.

There was really few pens of hoggets on offer; however, a infancy of these lots sole from between €145/head and €158/head.

The tip cost on a day was achieved by a coop of 9 hoggets that sole for €166/head. 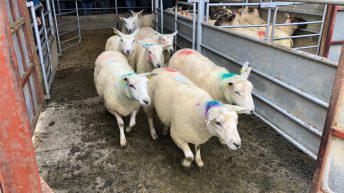