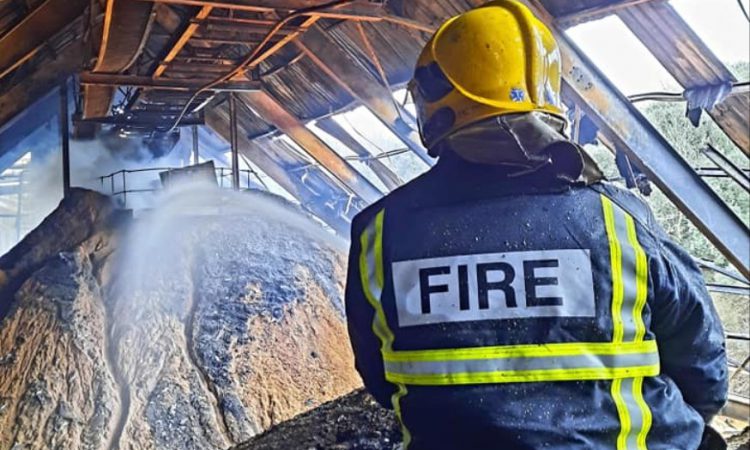 Teams of firefighters have continued to conflict hotspots and inner fires among a waste following a vital glow that engulfed a RH Hall pellet store in Ringaskiddy, Co. Cork over a weekend.

The glow broke out on Saturday morning (January 9) during 8:40am, with crews from Carrigaline, Cobh and Crosshaven called in, alongside an aerial apparatus from Midleton and a Command Vehicle from Bandon.

In an refurbish on amicable media this afternoon (Tuesday, Jan 12), Carrigaline Fire and Rescue supposing photos display a border of a repairs caused by a blaze, that is believed to be a third glow during a site given September.

In a Facebook post concomitant photos of a site, a glow organisation said: “Carrigaline Fire and Rescue have relieved Cobh Fire Brigade from a night’s change as of 6:00am this morning.

“We have several ungainly hotspots left to tackle in 4 out of a 11 compartments including some hotspots between a panels.

“Once these are dealt with we are happy to leave a stage in a hands of a RH management.

We would like to appreciate everybody who has been so good to Cork County Fire Service while we have attended this occurrence we are severely elegant of your services and time.

“Thanks and stay protected from everybody here during Carrigaline Fire Rescue and Cork County Fire Service.”

In an progressing refurbish on a RH Hall Ringaskiddy glow final night (Monday, Jan 11) a glow use said:

“Most of a inner fires have been extinguished and should be finished by tomorrow.

“Ourselves and Crosshaven Fire Brigade have only left a stage in a hands of Cobh Fire Brigade for a night and we will be behind in in a morning to take control again during 6:00am.

“We are certain adequate we will be finishing tomorrow so fingers crossed,” a glow use said. 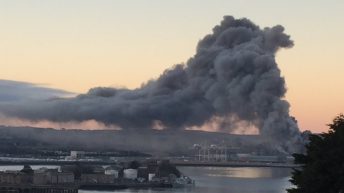